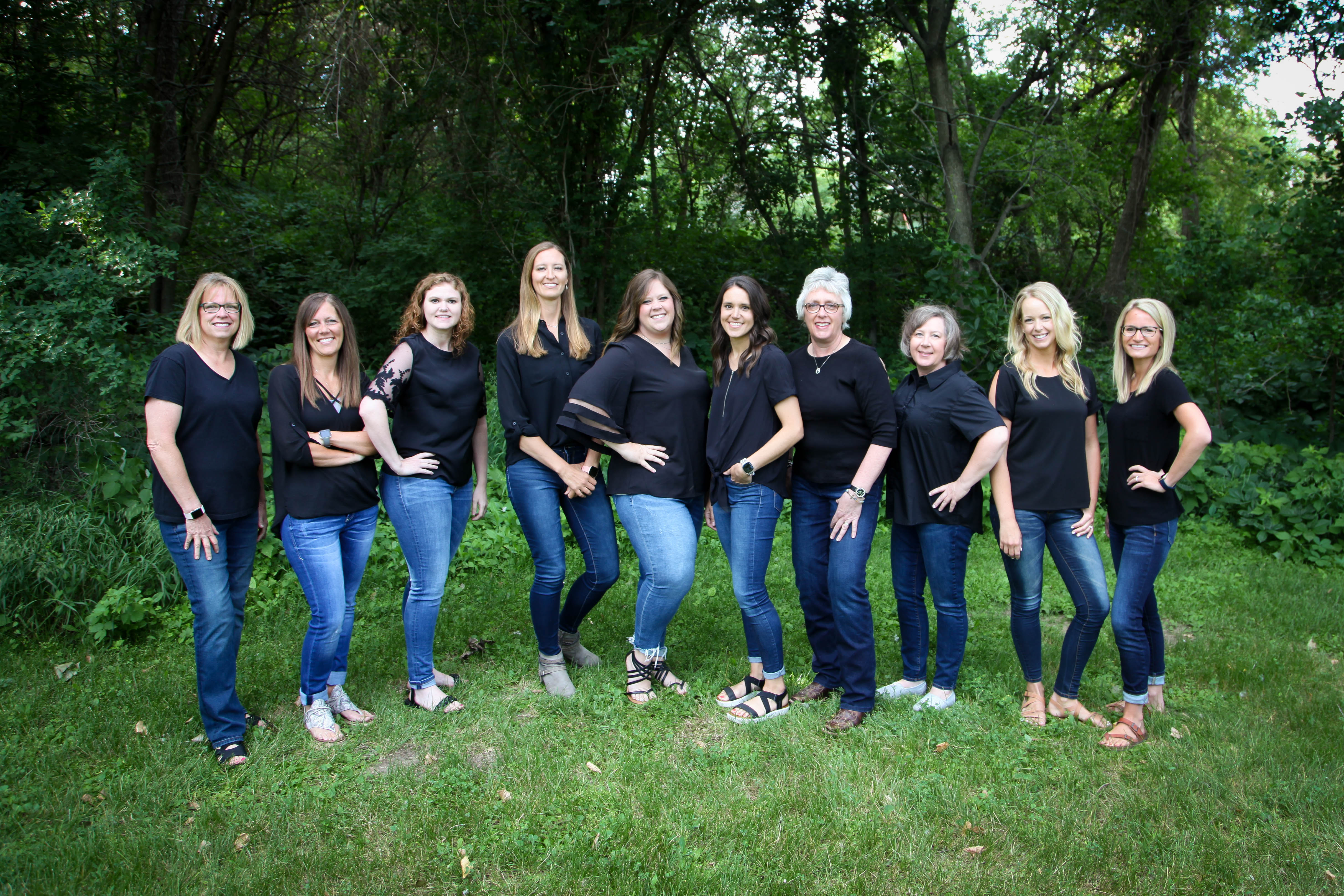 We are thankful to have a loyal and dedicated dental team. Courtesy and honesty are our approach to making your dental visit a good experience. We offer professional services in a family-friendly atmosphere, and we look forward to serving you.

Meredith attained her Bachelor of Science degree in Dental Hygiene from the University of South Dakota in 2005. She has worked at our practice since November 2005. She is married to Justin, and they have two daughters: Brooke and Claire. She enjoys boating, reading, entertaining friends, going to the pool, being outdoors, visiting family, and playing with her girls.

Renae is a 2006 graduate of the University of South Dakota, Vermillion, where she received her Bachelor of Science degree in Dental Hygiene. She joined the practice in October 2013. She is married to Matt, and they three children: Brooklyn, Bailey, and Sawyer. Renae’s favorite activities are spending time with family and friends, playing games, crafts, walking, swimming, and doing anything outside in the summer.

Rachel attained her Dental Hygiene degree from Iowa Central Community College in 2011. She joined our practice in June of 2016. She is married to Jason, and they have a son named Jackson. She enjoys spending time with family and friends, taking walks, boating, gardening, and riding along with her husband in the tractor. 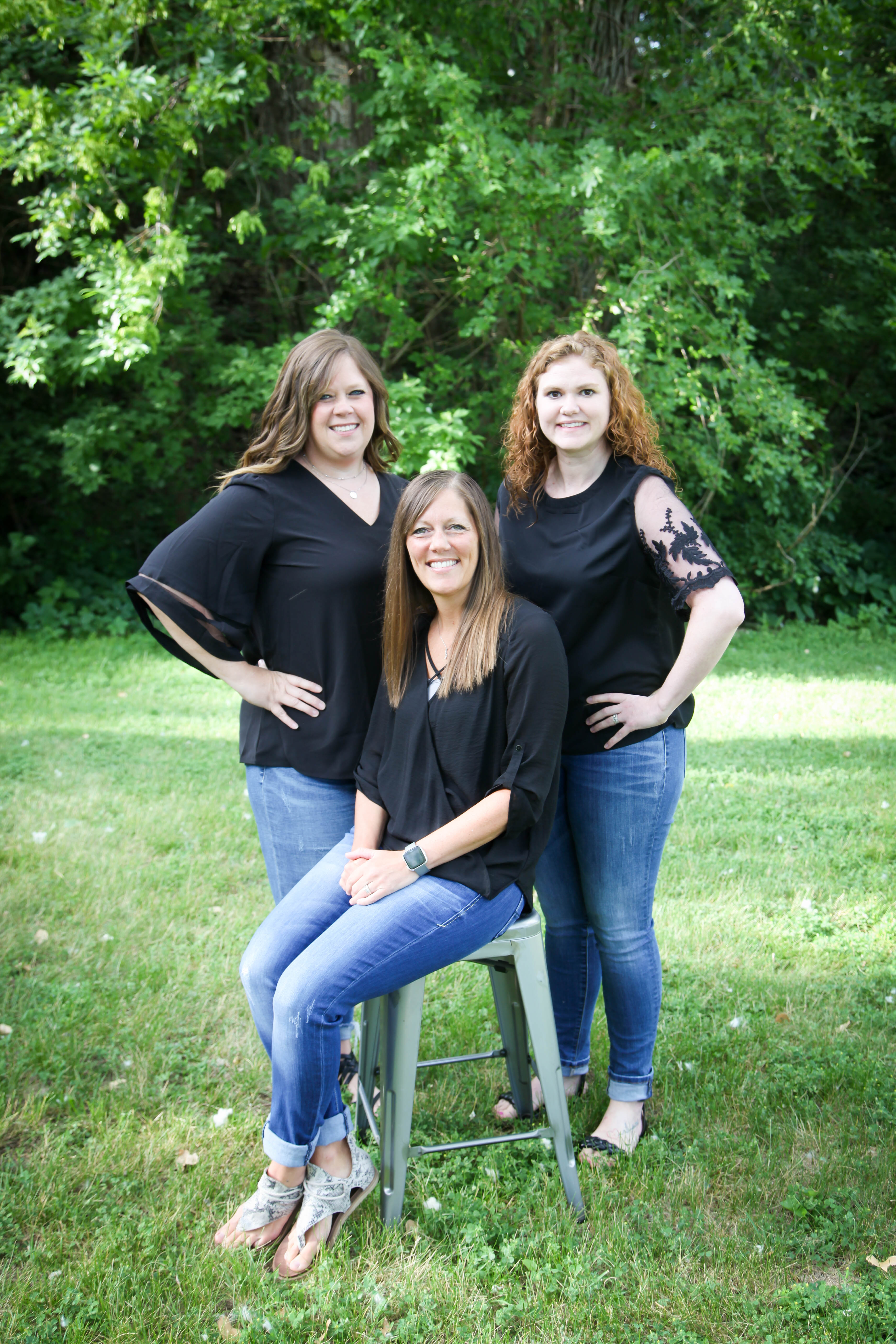 Kara joined our practice in June 2013 and earned a Dental Assistant Certificate from Lake Area Technical Institute in 2008. She is married to Mike and they have two sons:  Westin and Locke. Kara’s favorite activities include riding motorcycles, scrapbooking, and spending time with family and friends.

Jenny became a team member in May 2001 after she became a registered Dental Assistant in 2000. Her Dental Assistant Certificate is from Western Iowa Tech. She is married to Dave, and they have two children: Kaleb and Aubrey. Jenny’s favorite hobbies include boating, exercising, and watching her kids and family play sports.

Tysa became a team member in 2018. She became a Certified Dental Assistant in 2011. She is married to Hayden, and they have three children: Keegan, Makinley, and Breklyn. Tysa's favorite hobbies include spending time with family, going on walks, and watching the Minnesota Vikings and the Iowa Hawkeyes play football. 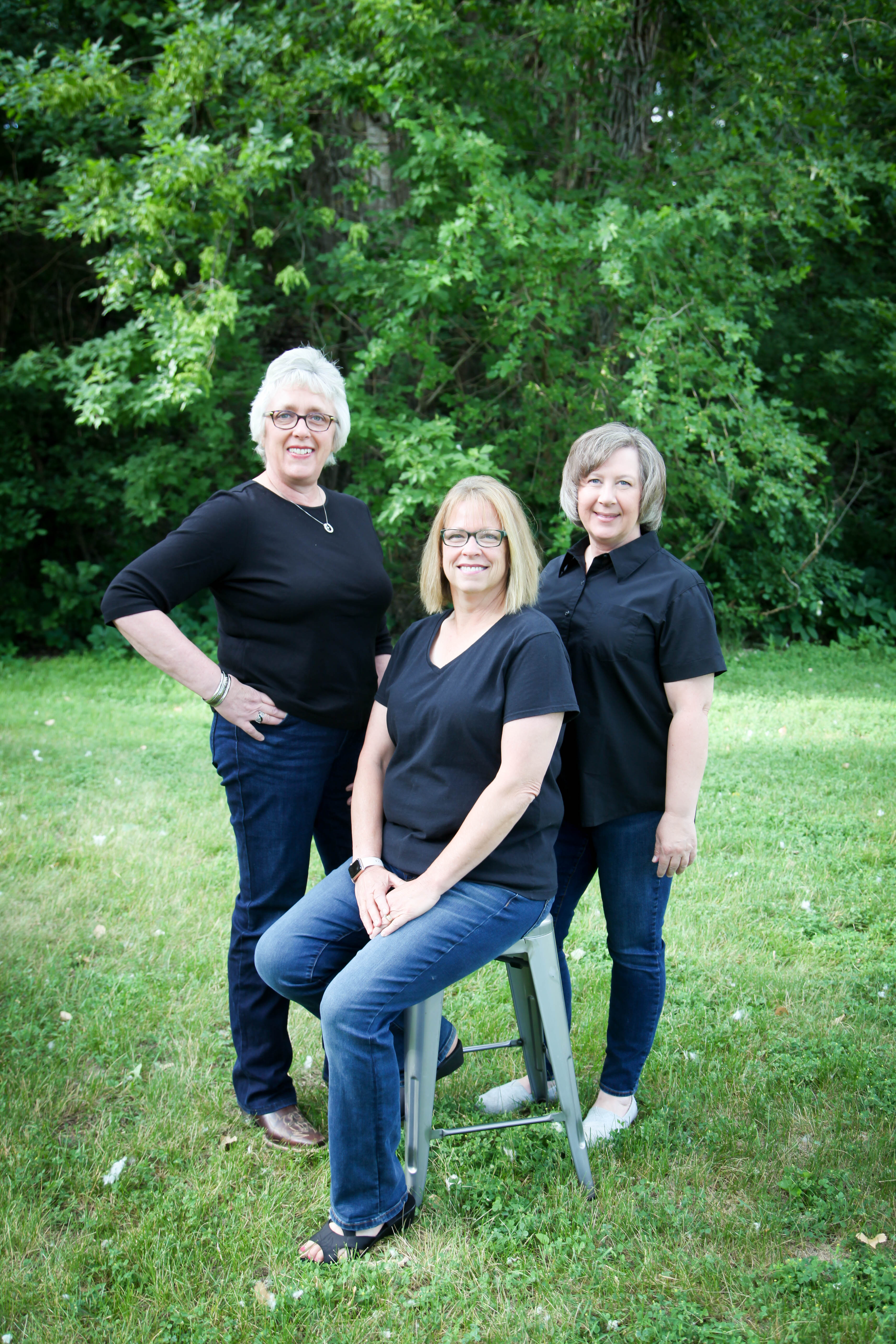 Lisa is from George and has been with our practice since March 2004. She is married to David and they have four grown children: Matthew, Kenneth, Clinton, and Tracy. Her favorite activities include taking care of and playing with her grandchildren, sewing, scrapbooking, baking/cooking, helping her husband with field work, and teaching Sunday school.

Elaine has been a loyal member of our team since November 1999. Her Dental Assistant Certificate was earned from Iowa Central Community College, Ft. Dodge in 1978. She's married to Matthew, and they have five grown children: Jeremy, Kara, Megan, Andrew and Evan. In her spare time, Elaine enjoys playing with her grandchildren, visiting family, being outside and mowing, gardening, and taking those much needed walks.

Jody has been dedicated to our office since October 1999. She is married to Michael, and they have two grown daughters: Kayla and Chelsey. When she is not at the office, Jody enjoys reading, camping, and visiting her daughters as often as possible.

Send Us an Email

Find us on the map